The Golden Palace is a very special place and not in any way a traditional venue for a conference dinner. It is mainly used by Middle Eastern immigrant families for weddings. Those familiar with Middle Eastern traditions know that in that part of the world they know how to throw a party. Entering the hall, one immediately senses that this place was made for people who want to have fun and enjoy themselves. The decor resounds with the place’s name: Golden columns and mirrors, a large dance floor and well equipped for a sound-and-light show. The food is home-cooked Middle Eastern cuisine prepared with a great love of food and excellent cooking skills by the family that owns the Palace. Come and join us for an untraditional conference dinner. 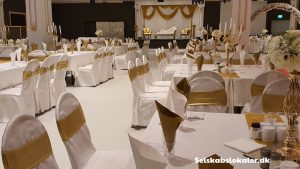 House of the Citizens (conference reception) 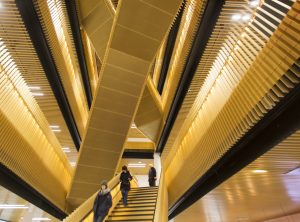