The conference dinner for LIBER 2018 will take place at the Chambre de commerce et d’industrie Grand Lille, an architectural masterpiece of Lille.  The architect of the building is Louis Cordonnier. It was inaugurated at the beginning of the twentieth century. Its neo-Flemish style is reminiscent of the richness and majesty of the famous town halls of the old Low Countries.

Situated in the center of Lille, just behind the most famous square of Lille, “Place du Général De Gaulle”, and near the Opera, the building is easily accessible by subway (Line 1, Rihour Station).

Conference delegates are invited to a Reception in the Palais des Beaux Arts.

Important information : The Conference Group Photograph will be taken at the Palais des Beaux-Arts at 08:00 PM. 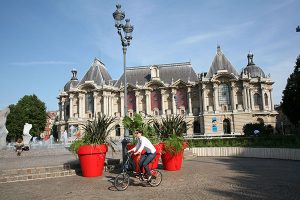 The Palais des Beaux-Arts of Lille is considered to be the second largest general-interest museum in France, just after the Louvre in Paris.

Also worthy of note is the presentation of relief maps of fifteen fortified towns in Northern France and Belgium (18th century models used by the French Kings during wars).

The museum is located in the heart of Lille, on Place de la République, easily accessible by subway (Line 1, Republique Beaux Arts Station).

On Friday afternoon, you’ll have several chances  to visit one of the libraries dedicated to studies and research.

Library of Humanities, University of Lille

Build in 1974, the Library of Humanities was designed by Pierre Vago along with the rest of the campus of Arts and Humanities. 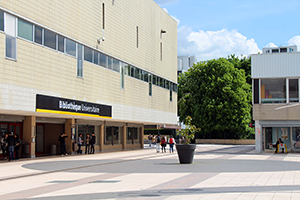 This library has a rich collection of about 600.000 physical documents.

The library is also in charge of the conservation ofold manuscripts and books for the entire university. During your visit, you can discover treasures like a Vesale edited in 1543 or zoological or botanical books such as a book from Conrad Gessner edited in 1551.

Meeting point in LILLIAD to join the library during the afternoon

Library of Health, University of Lille

The library of Health is a particularly modern building. It opened in september 2016 at the same time as LILLIAD. 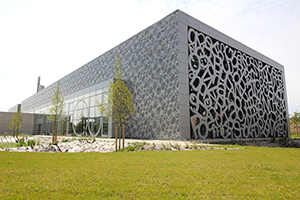 This library is located inside the faculty of medicine.

Meeting point in LILLIAD to join the library tour during the afternoon.

This library is accessible by subway (Line 1, CHU- EURASANTE).

During the visit, you’ll be able to discover the richness of the library and also its architecture. 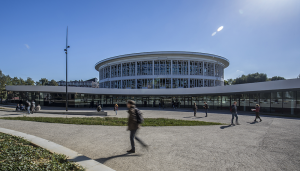 Designed by Le Maresquier in 1967 who was a disciple ofthe famous French architect Le Corbusier, the library of Science of Annapes was entirely transformed and extended to become the LILLIAD Learning center Innovation in 2016 by the german agency of architecture Auer Weber / Vize.

The building includes now not merely a library but also a space to promote and discover science (Xperium) and an event location.

Xperium is an amazing space to discover scientific research from the University of Lille laboratories and their public and economic partners. It presents a thematic exhibition for two years in 8 differents booths. 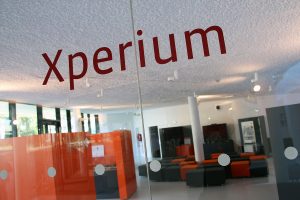 Actually, this is the end of the 3rd revolutionary exhibition inspired by the famous works of Jeremy Rifkin.

The place is accessible for :

The 8 partnership experiences are presented by PhD Students or by managers from the laboratories.

The area has especially opened for the LIBER conference.

The Library of Political Studies has opened its doors since January 2017. It is situated in the old Library of the first University of Lille which was transformed and reopened recently.

During this excursion, you’ll discover two excellent museums in the metropolitan area of Lille: The LAM which is an essential museum of art brut. 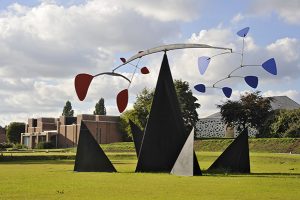 You’ll also visit a beautiful building: The Villa Cavrois, a masterpiece of Modern Art built in 1932 and designed by Robert Mallet Stevens.

The lunch will take place in the restaurant situated in the garden around the LAM.