Session 7: Libraries and Publishers in the Open Science Landscape: Pay, Publish or Perish?

In May last year, the National Library of Sweden proclaimed that Swedish higher education institutions (HEIs) and government agencies had followed the German example and cancelled their subscriptions with Elsevier. Elsevier had been unable to accommodate the requirements of Bibsam (the negotiating Swedish Library Consortium) on OA and affordability. The press release on the cancellation stirred unprecedented international attention.

This cancellation has potential consequences for ~36,000 academic researchers or research students, ~6,000 government agency employees, and ~80,000 advanced level students, their institutions, and the Consortium. The Bibsam Steering Committee has therefore put together an evaluation group to assess the effects of the cancellation.

For this evaluation (in progress), we created two surveys to collect data from users and licensing staff from all of the 44 institutions that had an agreement with Elsevier at the time of cancellation. We collected economic, publication, and interlibrary loans data from the cancelling institutions. We contacted Swedish, Norwegian and Danish license negotiators, as well as rectors, library directors and a financial analyst of the academic publishing market.

At the moment, negotiations with Elsevier are at a standstill. The findings of this evaluation may offer suggestions on what to do next. The evaluation will serve as a basis for future negotiations with Elsevier and other publishers. Its findings should be of use in strategic discussions with HEIs, research funders and representatives of the Ministry of Education and Research, and on future business models for OA to research publications.

This evaluation stresses the need for transparency in licensing agreements, as called for by LIBER. By sharing the insights from the cancellation of the Swedish agreement we hope to help create better conditions for future negotiations with publishers, in Sweden and abroad. 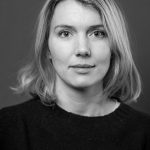 Lisa Olsson works with scholarly communication at Stockholm University Library. She holds a PhD from Gothenburg University, Sweden, where she studied creativity and leadership in research groups.

7.2 The Impact of Springer Compact Agreements on OA Transformation from a Data Analysis Perspective

The OpenAPC initiative (https://treemaps.intact-project.org/) was first presented at the 44th LIBER conference 2015. During the INTACT project (2015 – 2018) OpenAPC became the authoritative source for collecting and disseminating APC cost data. For the next phase, funded by the Federal Ministry of Education and Research in Germany, OpenAPC is expanding aims and scope by involving additional bibliometric data and workflows to better estimate and calculate the costs of open access publishing and the ongoing open access transition. The potential of this approach is shown with the example of analysing Springer Compact agreements.

The presentation will demonstrate, to which extend existing Springer Compact agreements have contributed to the open access shares of articles within Springer journals during the last years (https://treemaps.intact-project.org/apcdata/offsetting/). With regard to the ongoing DEAL negotiations (https://www.projekt-deal.de/about-deal/) in Germany, the presentation will also introduce a simulation analysis approach, which answers the hypothetical question what would have happened, if all German corresponding/reprint authors would have published additionally open access in Springer Compact journals during the last years. The results of this analysis can provide some suggestions to improve and adapt open access transition strategies within offsetting agreements. 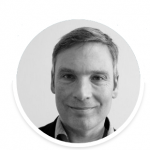 Dirk Pieper is the deputy director of Bielefeld University Library. He is responsible for projects and innovations especially in the fields of Open Access and Open Science. Current projects include BASE (base-search.net), OpenAPC (intact-project.org) and the National Open Access Contact Point in Germany (oa2020-de.org). Dirk studied Political Sciences and Economics at Hamburg University.

7.3 The Open Library of Humanities: a Sustainable Scholar-led Model for OA without Publication Fees

In the last few years in the context of UK, as in many other countries, new policies that promote the implementation of Open Access have been developed and implemented. As a consequence of these new policies, all projects funded by public money must be published through open access channels. Being in this case, the golden route, that in most cases entails having to pay a publication fee (APC), the most recommended. However, the transition phase of this move has given way to a hybrid environment in which inflated APCs and subscription fees frequently converge, with prices that are often unaffordable for the humanities, so poorly funded in comparison to other scientific disciplines. It is within this context that the academics Martin Eve and Caroline Edwards from Birkbeck University in London launched, together to an international network of scholars, librarians, programmers and publishers, the Open Library of Humanities (OLH) in 2015. The OLH is a charitable organisation dedicated to publishing open access scholarship with no author-facing article processing charges (APCs). The main thrust of this project emerged from the need of institutions and researchers to regain control over their own publications through channels that were not dominated by classical-economics-based solutions but by a model that responded directly to their needs. The model proposed by the OLH is one where publication costs do not fall on the institution or researchers but, are instead financed collaboratively through an international library consortium, where each member pays an annual fee according to the country and size of the institution. Reducing and distributing the costs of publication among the members, with an economy of scale that improves as more institutions join.

The international consortium of libraries is comprised by more than 200 institutions that collectively fund the platform including Harvard, Cambridge, Yale, Princeton, and many others. The OLH has also received two substantial grants from the Andrew W. Mellon Foundation to date. The platform publishes 27 journals in various disciplines and languages from classics, modern languages and cultures, philosophy, theology and history, to political theory, sociology, anthropology, film and new media studies, and digital humanities.

Scholar-led initiatives such as the OLH have proven for years now that there are alternatives to the standard APC model (pay-to-publish) and that it is possible to sustain them in the long-term. Our mission is to support and extend open access to scholarship in the humanities – for free, for everyone, for ever. 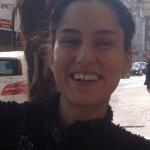 Paula Clemente Vega is the Marketing Officer for the Open Library of humanities. She is also a doctoral candidate in the department of English and Humanities at Birkbeck, University of London where she is conducting a research on colonial legacies and art museums in Spain and the UK.

7.4 How can Research Libraries Deal with Predatory Publishing?

There are many open access journals that are funded by article processing charges (APCs), also known as publication fees. A small number of these journals provide little or no peer review and editorial or publishing services in return for the money they charge. These kinds of business practices are referred to as “predatory publishing”. At least since the media coverage in summer 2018 it has become clear that libraries, which consider themselves as supporters for researchers in every stage of the research cycle and which facilitate access to curated scientific content need to take action. The issue of predatory publishing mainly tackles the following working fields in research libraries:

There are several approaches to deal and identify predatory journals:

The presentation will discuss a kind of “inventory”: How can the different approaches be used in the library context and what are the advantages and disadvantages of the different approaches? When it comes the list: Which criteria can be applied to identify predatory journals? How can research libraries raise awareness among researchers? How to deal with predatory journals in the context of acquisition and indexing?

The presentation will also report on some results of a workshop on predatory publishing that was held at ZB MED – Information Centre for Life Sciences in December 2018 with delegates from different library departments. 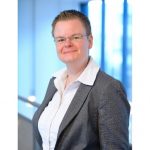 Jasmin Schmitz received a PhD in information science. She worked as a freelance trainer for a commercial provider for scientific information and as scientific project coordinator in the field of bibliometrics. At ZB MED she is responsible for the Open Access Advisory Services.