We’re pleased to announce two keynote speakers for the LIBER 2021 Annual Conference taking place from the 23rd to the 25th of June. Our speakers are Toma Tasovac, Director of DARIAH-EU, who will present on Digital Libraries: The Next Frontier and Eva Méndez, Associate Professor and Researcher Open Science at Universidad Carlos III de Madrid whose presentation is titled Open knowledge?… darling, we need to talk (again)!

Below you’ll find their full biographies: 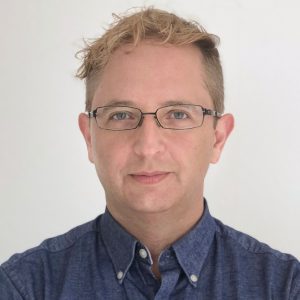 Toma Tasovac is Director of the Belgrade Center for Digital Humanities (BCDH) and Director of the pan-European Digital Research Infrastructure for the Arts and Humanities (DARIAH-EU). With an academic background in Comparative Literature and degrees from Harvard, Princeton and Trinity College Dublin, Toma’s areas of scholarly expertise include historical lexicography and the development of language resources, data modeling, digital editions and research infrastructures. He is the co-editor, together with Sally Chambers, of the forthcoming book Digital Humanities: An Introduction for Librarians. Toma has served on a number of major bodies such as the European Research Council (ERC), Europeana Research and JPI Cultural Heritage. He has played leadership roles in numerous DH projects funded by national and international agencies, including Erasmus+, Horizon 2020 and the National Endowment for the Humanities. 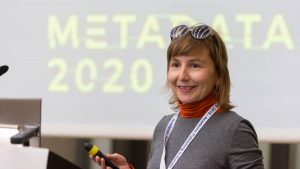 Eva Méndez holds a PhD in Library and Information Sciences (LIS) and she is an expert in metadata.
Based on her Twitter profile she is an ‘open knowledge militant’ (@evamen). She has been a lecturer at Universidad Carlos III de Madrid (UC3M) since 1997. Dr Méndez has been an active member of several international research teams, advisory boards and communities including: DCMI, OpenAire, Metadata2020, RDA, etc. In 2005-06 she was awarded a Fulbright Research Scholarship at the Metadata Research Center at the University of North Carolina at Chapel Hill (USA). She has taken part in and led several research projects (currently FAIRsFAIR, FAIR4Health and YUFERING) and she acted as advisor to many more in fields related to standardization, metadata, semantic web, open data, digital repositories and libraries, in addition to information policies for development in several countries. In 2015 she won the Young Researcher of Excellence award of her university. In November 2017 she was named “Open Data Champion” by SPARC Europe. She was the chair of the EU-OSPP (European Open Science Policy Platform) on behalf of YERUN (Young European Research Universities Network) for the second mandate of the platform and RDA (Research Data Alliance) ambassador for Interdisciplinary research. She is currently Deputy Vice President for Scientific Policy-Open Science at UC3M.

You can also view all conference speakers via Sched here.

Please Note: We initially had a third keynote speaker planned for Friday the 25th of June (Michel Bauwens). However, due to logistical difficulties, this session had to be cancelled. We apologise for any inconvenience caused, especially to those who have already registered for the session. 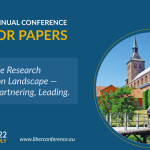 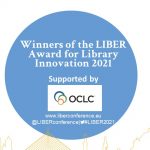 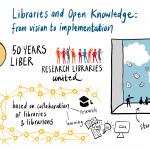